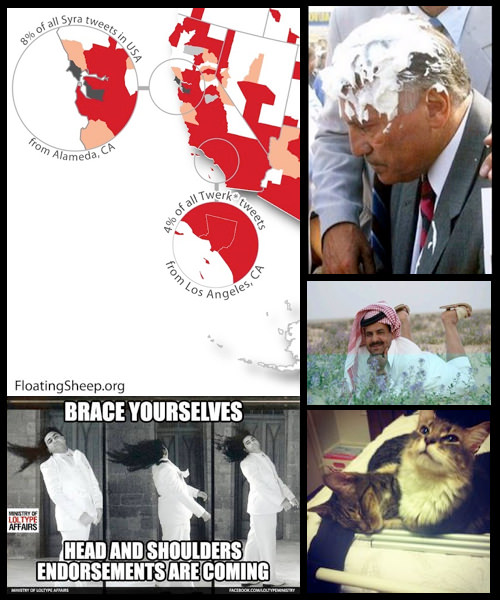 Ready for your weekly scoop of internet culture writing? This week, we published a look at #Tokyo2020 memes from Japan and the West (a topic we’re still exploring – reach out if you have any experience!) and we followed up on #AskAMemeMaker Day with Laura Isaac and Phil Good, who created memes for marriage equality (be sure to check out Sean Kolodji’s epic round-up of that meme.)

We’re pleased to introduce sections to help you parse what’s going on.

[Cute Animal Fix] And because you know you need more furry creatures in your life: a video of sheep teaching a bull to headbutt. (h/t Neatorama)