Happy belated Halloween! Did any of you in NY see Jedward Snowden at HallowMEME? Or Asian Jon Snow? In other news, we unearthed a gem of a discussion on Tumblr about how Medusa (mythical Greek monster with snakes on hear head) is actually a victim of the gods; plus latining points out that “Her head was used as a symbol to mark women’s shelters in ancient Greece.”

The debate over letting women drive in Saudi heats up. Local comedians remix Bob Marley and receive over 9 million hits on Youtube. 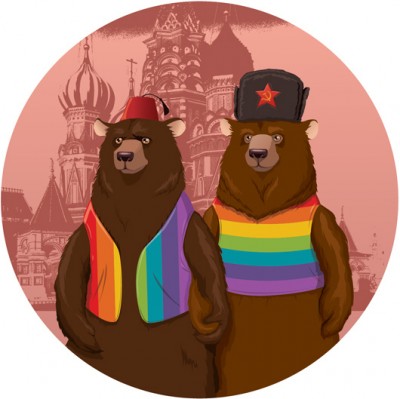 Illustrators outside of Russia show solidarity for the LGBT community within. Lots. Of. Awesome. Art. Produced.

A Chrome plug-in that randomly redirects you to more world news. Inspired by Zuckerman’s Rewire, created by West Space Journal.

Tufekci argues that social media is great at stirring up awareness, but at the peril of building up a way to win.

Egypt’s “Jon Stewart” is sued and censored. Not a good sign of how things are going.

The Italian Government is trying to pass a law to allow them to delete without court approval. That and more over at this week’s Netizen Report.

They ran out so fast customers were given cash vouchers as an apology.  On Tuesday, Uber offered 15 minutes of kitten snuggling for $20. Order the kittens as you would a black car 🙂