Editor’s Note: This is a reblog of a post by tech writer David Banks at Cyborgology. It has been reprinted with their permission. It represents our ongoing coverage of the internet response to the protests in Turkey. For more on this topic, check out Arda İbikoğlu’s guest reblog on penguins and chapulling. 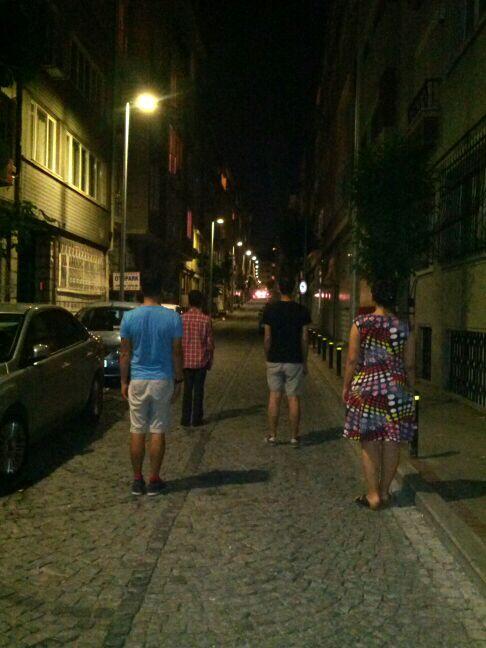 People coming out of their homes and into the streets to particpate in #duranadam or #standingman. Photo by @myriamonde and h/t to @zeynep

In Taksim Square, at around 8PM local time, a man started standing near Gezi park facing the Atatürk Cultural Center. According to CNN –and more importantly Andy Carvin1 and Zeynep Tufekci2 — the man is believed to be Erdem Gündüz, a well known Turkish performance artist who has inspired a performative internet meme that has already made it around the globe. (There’s a nice Storify here. Thanks to @samar_ismail for putting it on my radar.) Gündüz and his supporters were removed by police after an 8 hour stand-off (in multiple senses of the term) but now that small act has gone viral and spread well beyond Taksim Square. The idea is simple: a photo, usually taken from behind demonstrates that person’s solidarity with those hurt or killed by Turkish police actions in the past month, and the increasingly repressive policies of that country’s government in the last few years. On twitter, the hashtag #duranadam (“duran adam” is “the standing man” in Turkish) quickly spilled over the borders of Turkey and has been translated to #standingman as more people in North America and Western Europe start to stand in solidarity with those in Taksim. #standingman is an overtly political meme because, unlike other performative memes like #planking, #owing, or even #eastwooding, it is meant to demonstrate a belonging to a cause.

Performative internet memes are usually photos, sometimes videos, of people doing the same thing in different contexts. Their social or political value come from playing with the genre itself. Planking, lying face down with your arms at your side in a strange or difficult to access place, is one of the first performative internet memes. Know Your Meme traces planking’s origin to the Australian “Lying Down Game” which became popular on Facebook around 2009. During the 2012 American presidential campaign, actor Clint Eastwood spoke to an empty chair (meant to symbolize an absent president) at the Republican National Convention. The performance was so bizarre and creepy that it backfired and #eastwooding meant making fun of the GOP, not the sitting president. I wrote at the time,

#eastwooding is funny because it exemplifies all of the problems of the modern GOP in a simple, easy-to-enact gesture. It is appropriate then, that a party that is made up of old white men would be so perfectly critiqued by a technology (and mythology!) that runs on popular participation.

#eastwooding wasn’t much more than political satire meant to poke fun at a poorly executed effort to speak in memes. Ultimately the symbol of the empty chair was taken up by the very campaign meant to re-elect the most powerful man in the world, so to call #eastwooding activismis a big stretch. Other than #standingman, the only overtly political, subversive meme that comes to mind is the We Are The 99 Percent Tumblr started by one of the original founding members ofFood Not Bombs at the very beginning of #OWS. The blog collects and displays photos of people with handwritten messages about why they identify as part of the 99%. Unlike #eastwooding or #standingman however, We Are the 99 Percent is not a single, simple act that speaks for itself. You have to write out a message and it is that handwritten letter that is supposed to convey most of the meaning. There are certainly ways of standing out and being creative with the medium, but it isn’t really a performative internet meme. By posting a 99 percent photo you’re contributing to a project that –as the site itself states– introduces ourselves to one another. It isn’t doing the same kind of rhetorical work that #standingman aims to accomplish. One isn’t necessarily better than the other, they just achieve different ends by somewhat similar means.

#Standingman is good activism for the same reasons it makes for a good meme: It has low barriers to participation, its simple enough that individuals can innovate and keep the conversation fresh, and it is easily explained to the uninitiated.  Standing is pretty easy for a sizable majority of people in the world and if you can get someone to take a picture of you from behind you’re basically done. In fact, it is the simplic, everyday nature of just standing therethat makes #standingman so transgressive. Moreover the aggregate affect of a simple action performed by thousands of people is moving and gives stark visibility to a wide range of intangible inter-personal relationships among strangers, friends, and compatriots. Stand as a crowd and the effect is something between a slow-moving zombie movie and the end of V for Vendetta: inspiring, a little creepy, and very intimidating. 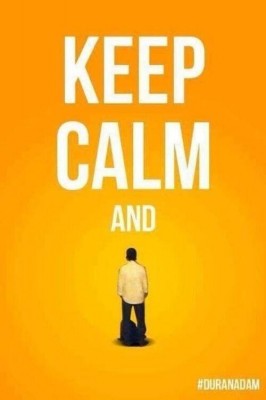 Standing is simultaneously mundane and immensely brave. Stand in line at the grocery store and you’re not doing much, but stand in front of a line of tanks and you might go down in history. Standing can get in the way of something (like a tank, or a tree-destroying bulldozer) but it can also mark a spot. In the right context it can be a powerful message of solidarity, vigil, and remembrance. Some #standingman participants have chosen to stand where fellow activists were murdered by police while others stand far away from Taksim Square to show global support for the Turkish struggle. As a rhetorical device, standing-as-protest is a classic example of Ghandian-style nonviolence. By getting arrested for something as innocuous as standing, you let the government do the work of displaying your oppression.

One thing that #standingman has in common with #eastwooding (and most other performative internet memes) is interpretive flexibility. It is quite easy to frame someone’s actions as a kind of participation in #standingman without their consent. Police standing around waiting to arrest someone can be photographed and said to be part of the protest. A standing penguin became a running gag within the movement when a comparison photo of  CNN Turk showing a documentary on penguins while CNN International broadcasted images of protests in Taksim Square. The ease with which #standingman was able to call attention to, and lampoon, obvious censorship demonstrates just how useful memes are in spreading the word about difficult subjects.

Even before #standingman existed, the very idea of standing was loaded with conceptual metaphor. One stands up to/for/with/against/behind one thing or another. To stand is to say you’ve taken a side. You have taken a position. It means you are not going to take it lying down. One stands out in a crowd or strives to be the last one standing in a conflict. Standing is winning, it is powerful. And like all powerful things, it is somewhat unwieldily and sits atop its own forms of oppression and violence. Not all courageous people can stand, and they are certainly not all men.#standingman, fundamentally, relies on the cultural currency of the strong able-bodied man as a source of rhetorical power. That doesn’t mean the meme is completely ablest or sexist, but one should always (at least) acknowledge the more dubious qualities of their activism if for no other reason than to recognize the limits of the tactic. Plenty of women have participated in the meme and if you search #standingwoman on Twitter you get a healthy dose of photos and artwork. The problem is that by relying on an overtly gendered meme you divide potential participants. To dual tag takes up precious characters in your tweet and it can alienate large swaths of potential participants. 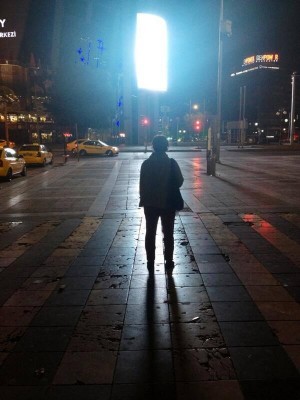 #standingman might represent the birth of a new form of political protest. One that is displaced in time and space and extremely difficult to quell. The image of the standing person jumps up like a dandelion in spring time: by removing one you make a dozen more until an entire field is full of them. One the most powerful aspects of #standingman is its recursivity. By performing the meme you not only promise an audience for others, encouraging them to perpetuate the meme, you also produce a setting for the meme. Each individual performance of #standingman is an acknowledgement of the whole and a recreation of the seed pattern. It is a symbol that constantly recreates itself with seemingly no end. It is just one of many ideas who’s time has certainly come.

David Banks
David A. Banks (@DA_Banks) is a M.S./Ph.D. student at Rensselaer Polytechnic Institute. Before coming to RPI, David spent four years getting his B.A. in Urban Studies at New College of Florida. His research interests include space, place, cyborgs, and networked bodies. He cares very deeply about what built environments do to people, and what people can do to their environments. He is currently working under the NSF’s GK-12 fellowship program, teaching science in urban school districts and developing new learning technologies. David is also an avid star trek fan, an anarchist, a comic book nerd, and addicted to his twitter account. Find that account and other stuff at www.davidabanks.org.